Home to perhaps the best fall Chinook and winter steelhead fishing in Oregon, the Chetco River flows 55 miles from its headwaters deep in the Siskiyou National Forest to the Pacific Ocean at Brookings. One of Oregon's longest undammed rivers, the Chetco flows through rugged mountain canyons with towering fir and redwood trees. It is one of Oregon's top-producing rivers in terms of trophy salmon and steelhead and angler catch rates. Each year a number of salmon in the 50-pound range are caught, as well as several steelhead over 20 pounds.

Growing up in Brookings, Oregon, Wild Rivers Fishing guide Andy Martin fishes his hometown waters during the fall salmon and winter steelhead runs. His is actually one of the few local guides on the river, as the majority of the Chetco River fishing guides are visiting guides from out of the area. Andy has spent his entire life fishing the Chetco for salmon, steelhead and sea-run cutthroat trout, and has earned a reputation of catching some of the biggest fish in the river, including the river record 65-pound fall Chinook salmon. 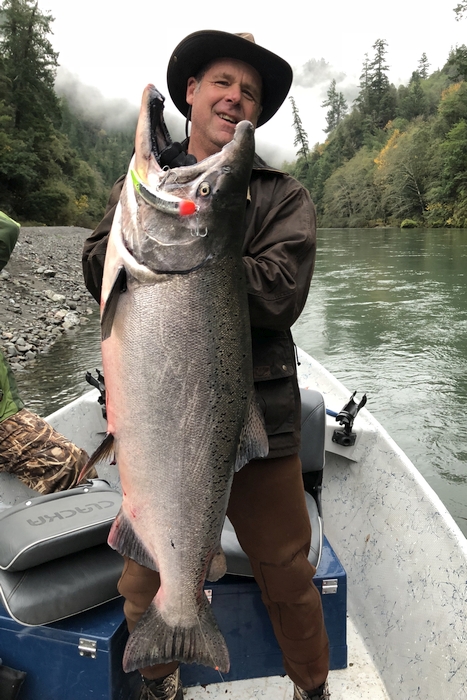 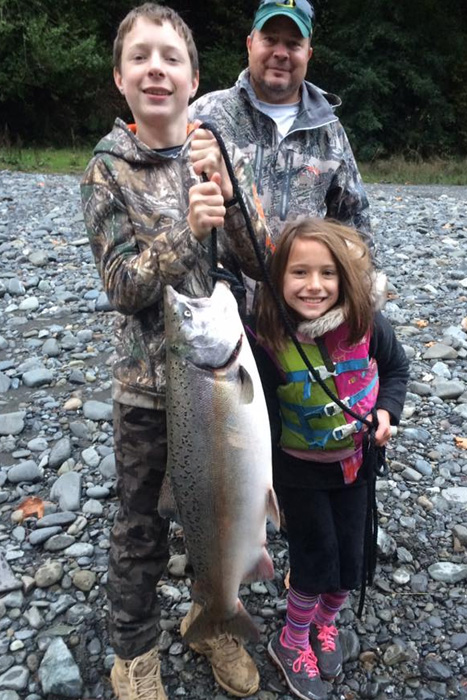 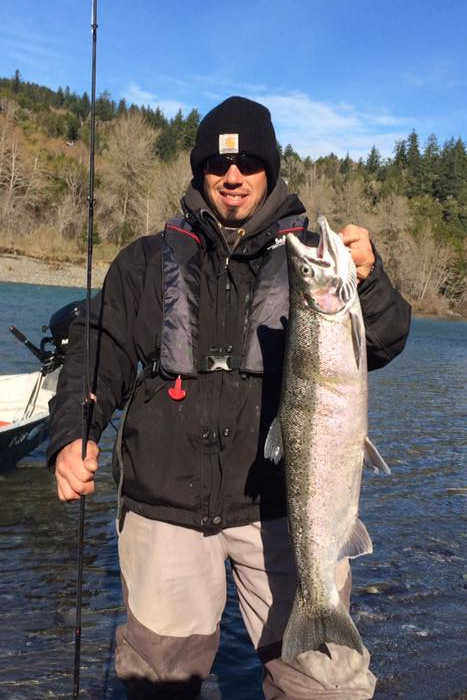 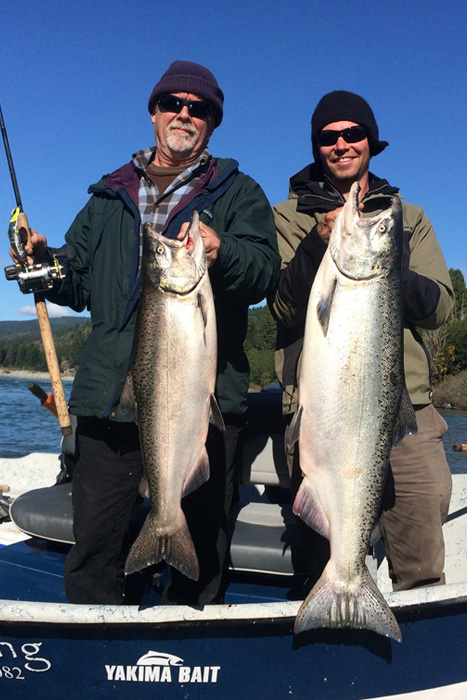 From mid-December through March, the Chetco plays host to one of the best winter steelhead fisheries on the West Coast. Biologists say the Chetco has one of the highest spawning densities of wild steelhead in Oregon. It’s run of wild steelhead is healthy enough that it’s one of the few rivers in the world where anglers can keep wild fish. The river also has a robust run of hatchery steelhead. During the peak season, from the last week of December through February, multiple fish days are common. Steelhead average from 6 to 12 pounds on the Chetco, but fish to 20 pounds are caught every season. The Chetco River record steelhead is 28 pounds, bigger than the Smith River and California state record.

Side-drifting is highly effective for steelhead on the Chetco, one of the first rivers where this technique was used. Guide Andy Martin is an expert drift boater, getting his customers into fish by covering lots of water, using top-quality baits, the latest light-tackle spinning gear and years of experience in reading water under all conditions and finding fresh steelhead. Andy is also one of the few Chetco guides to regularly pull plugs for steelhead. Plugs are not only effective, but produce the most aggressive strikes of any steelhead technique.

One of the best sections of the Chetco to fish during steelhead season is from the confluence of the mainstem and South Fork to Loeb Park. Most of the stretch is located within the Siskiyou National Forest, and only a very limited number of guides have the Forest Service permits to fish the upper river. Andy is one of those guides with a limited-entry permit, allowing him to take customers to extremely productive, yet lightly fished area. Andy also works closely with some of the other permitted guides on the Upper Chetco to take larger groups into this coveted area.

Beginning in late September, big king salmon begin to stack up off the mouth of the Chetco. These are some of the biggest salmon in Oregon, with fish averaging in the mid-20-pound range, and plenty of 30-, 40- and even 50-pounders caught each fall. The biggest salmon caught in the Chetco, a 65-pounder, was taken in November 2011 during one of Andy’s guided trips.

Early in the season, anglers catch big salmon near the mouth of the Chetco. Fishing from his custom 26-foot Alumaweld Columbia guide sled, Andy trolls the lower Chetco and the ocean area just off of the mouth of the river for these big fish. The ocean bubble season, and the estuary season, often produces multiple fish over 50 pounds. Andy guided a customer to a 58-pounder at the mouth of the Chetco during the 2009 season. In 2011, one of his customers caught the first 50-pounder of the season. His customers have caught several fish between 48 and 54 pounds.

Trolling plug-cut herring is one of the most effective techniques for catching big kings in the Chetco tidewater and ocean waters just off the mouth, and Andy is an expert at trolling herring for salmon. To learn more about lower river, estuary and ocean bubble season, click here.

As soon as the first rains hit the coast, Andy begins drifting the Chetco, back-bouncing roe and pulling plugs such as FlatFish and Kwikfish for these salmon. His customers fish from a spacious, top-of-the-line heated 18-foot ClackaMax drift boat with quality gear, including Shimano Tekota reels, high-end G.Loomis graphite salmon and steelhead rods. The up-river fishery is the most popular season of the year. From November through mid-December, anglers battle large salmon with fairly light gear. Much of Andy’s fishing takes place in the upper river, where he is one of the few guides with a limited-entry Forest Service permit. The upper river is one of the most scenic waterways in Oregon. For more on the Upper Chetco, click here. 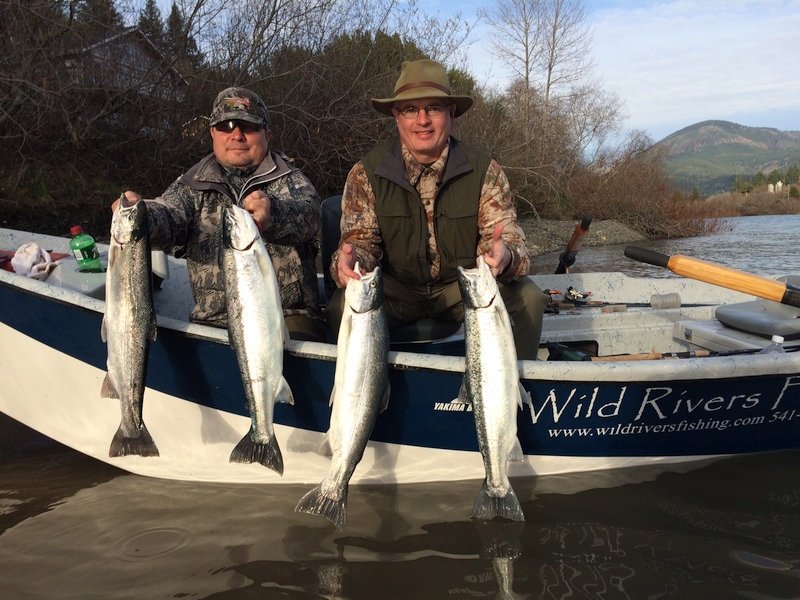 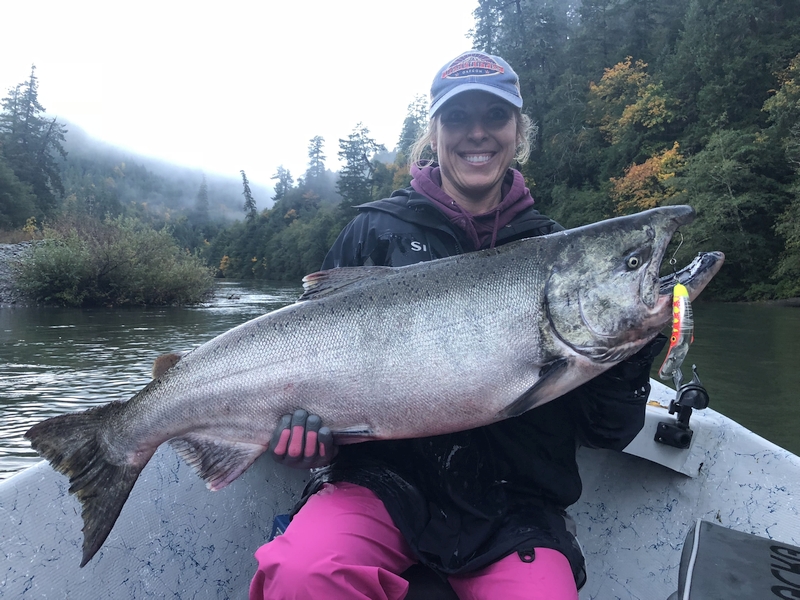 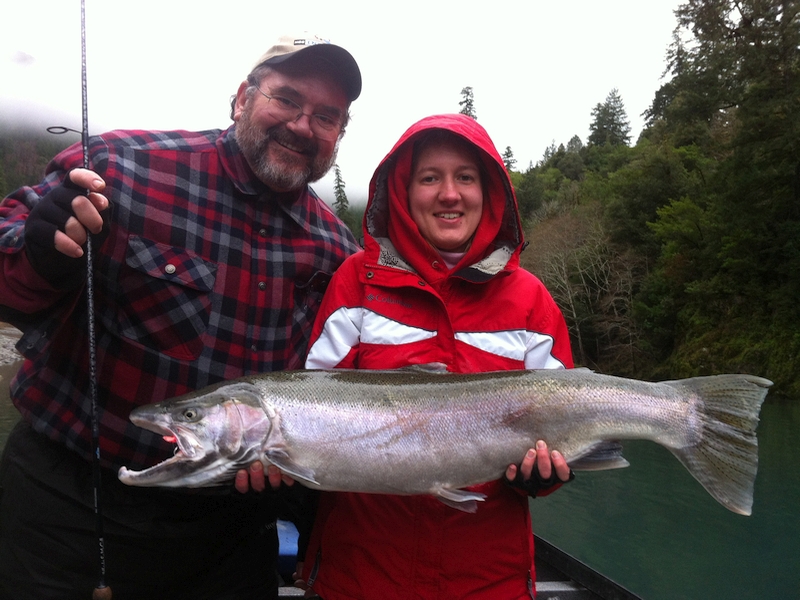 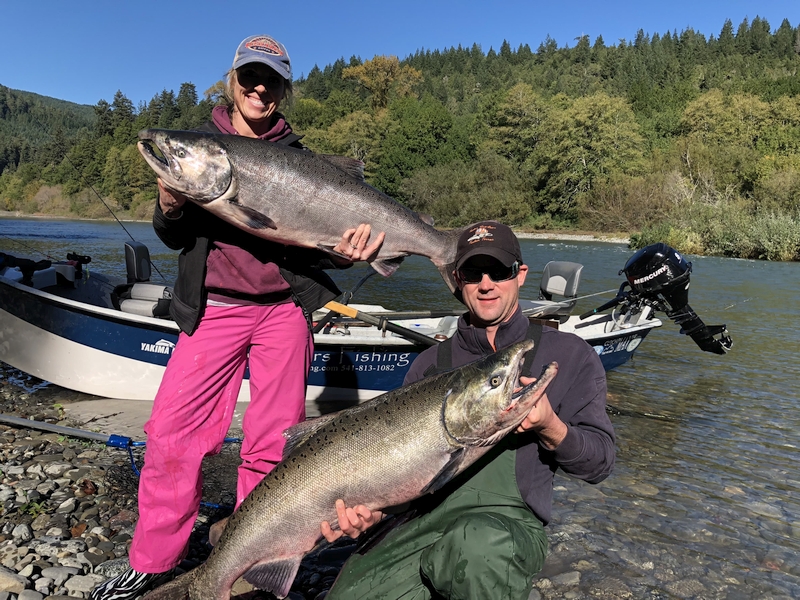 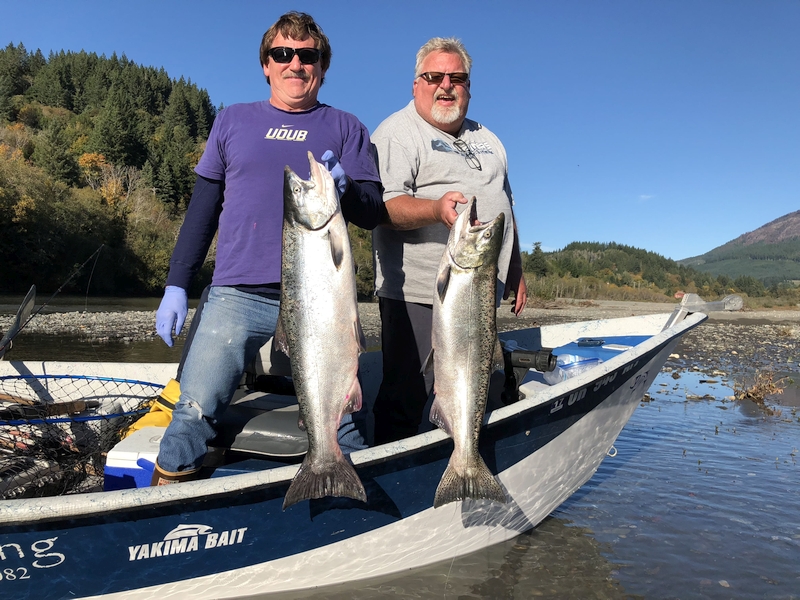