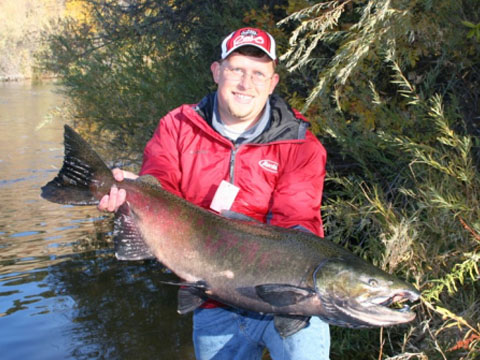 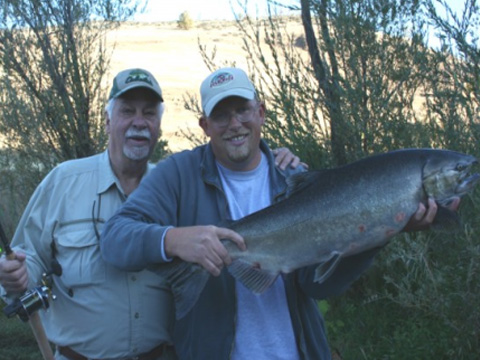 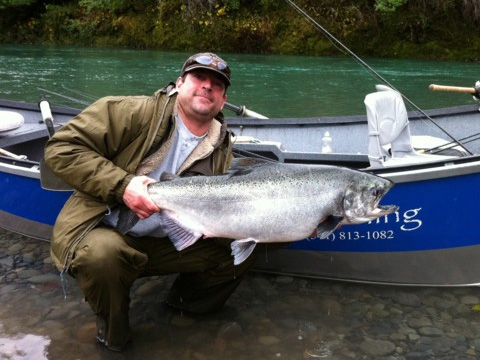 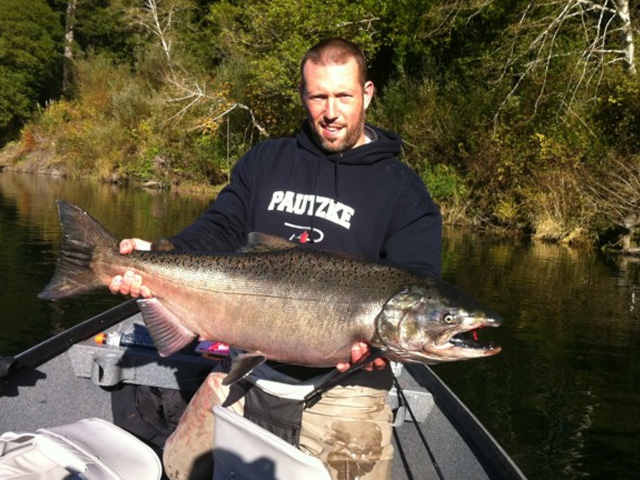 The Klamath River, which begins east of the Cascade Mountains in Eastern Oregon and flows more than 260 miles to the Pacific Ocean south of Crescent City, California, is one of the most fertile, productive salmon rivers in the West. Hundreds of thousands of hard-fighting, great-biting Chinook or king salmon enter the river late each summer. One of the best areas to catch them is the stretch of river between Iron Gate Dam and Interstate 5 in far Northern California, just half an hour south of Medford, Oregon.

No other river in Oregon or California offers the fish-after-fish action like the upper section of the Klamath River below Iron Gate Dam. When the fish arrive in late September and early October, multiple-fish days are common. In fact, there are days every season when anglers catch 20 fish in a day. Sometimes 30 or more hookups per boat are enjoyed. The fishing is as close to the kind of action that draws people to Alaska.

The Upper Klamath is one of the first rivers pro guide Andy Martin visits upon his return from Alaska each year. From late September through October, the fishing in the Upper Klamath is at its peak. One of the reasons Andy is so successful on the Klamath is his good supply of prime bait. Many guides don't have enough eggs to effectively fish the Klamath until mid-season. Andy and the guides he works with don't have to skimp on bait. In fact, all of their gear is top quality. From spacious, heated drift boats to the finest salmon rods and reels, Andy's customers get to enjoy catching these hard-fighting, eager-biting fish in comfort.

A typical trip begins at daylight at the Iron Gate Dam launch. The salmon are caught back-bouncing roe in the pools between the hatchery and Fish Hook restaurant. The reason the fishing is so good in this stretch is because the salmon have no where else to go. They stack up by the thousands. Private property limits bank access, so drift boaters have the river to themselves.

After lunch on the boat or at the Fish Hook, Andy will either continue downstream to the Klamathon Bridge, switching to side-drifting techniques to catch salmon and steelhead, or take the boat out and run back up to the hatchery to run the most productive stretch again.

While the salmon aren't as bright as the fish caught in the lower river, they fight as hard as ever and provide tons of fun for anglers of all skill levels. This fishery is especially good for kids and older anglers who simply want lots of action. The season also is very popular with Andy's customers who fish with him in Alaska who want a repeat of multiple-fish days of one of the hardest fighting fish anywhere, big king salmon.

For a fun day on the water for anglers looking for lots of action, the Klamath is the place. It's also one of the best kept secrets in the West, and is one of the closest, yet overlooked, salmon fisheries in proximatey to the Medford, Oregon area.