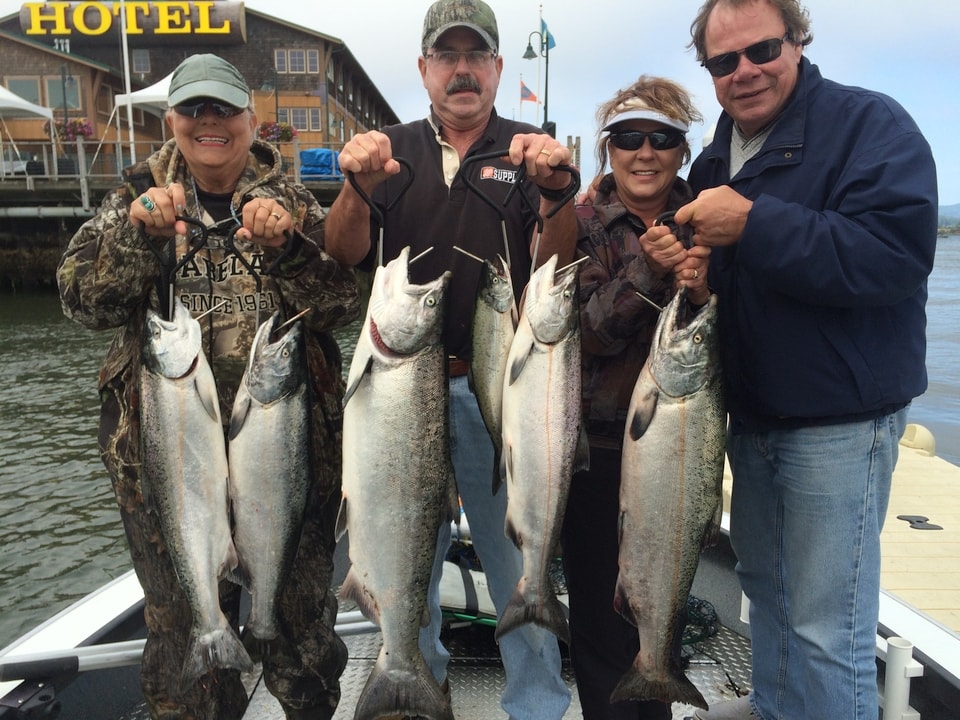 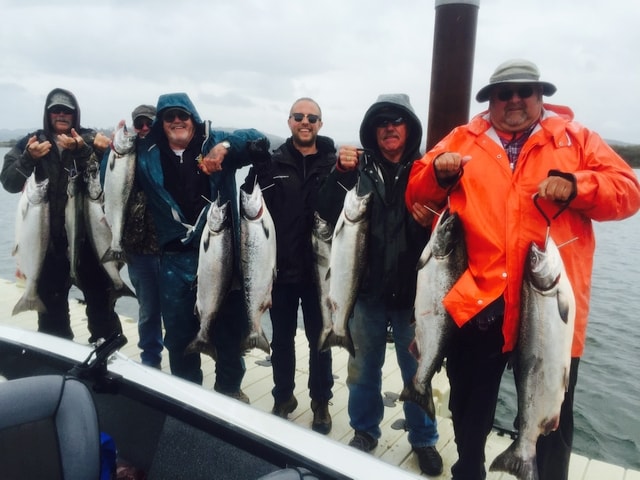 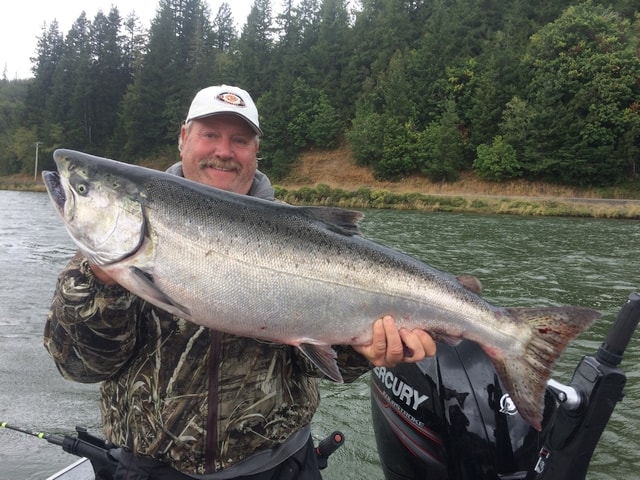 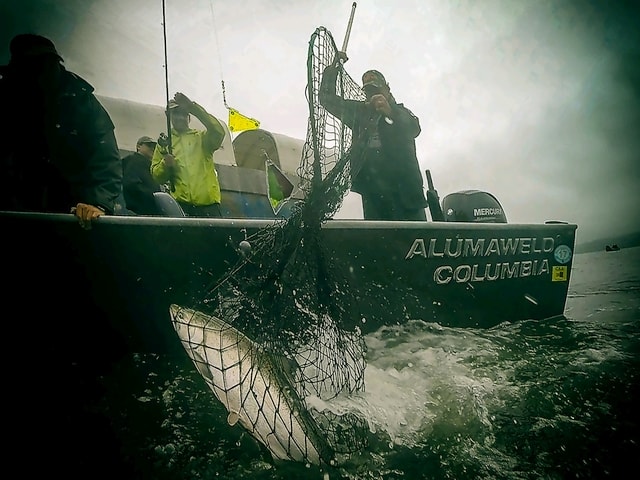 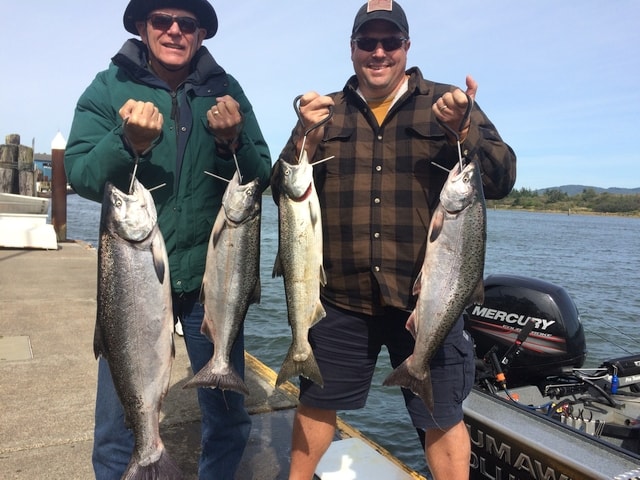 The Coquille and Coos bays have been steady producers of king salmon for the past several years. The two systems kick off the fall salmon seasons on the coast because of the early arrival of salmon there. The first kings show up in August, and by September, fishing is often wide open, especially on the Coos river and bay, where nearly 2 million hatchery king salmon are released every year.

Trolling is the main technique used on both the Coos and Coquille bays. Plug-cut herring combined with a Fish Flash flasher tricks thousands of salmon into biting each season. Some years, the total sport catch of salmon on the lower Coos River and Upper Coos Bay is more than 15,000 kings. The fish are chrome bright and fresh from the ocean, making them hard fighters and great table fare. Guide Andy Martin of Wild Rivers Fishing fishes the Coquille and Coos Bays from his custom 26-foot Alumaweld Columbia guide sled. It is one of the largest, most comfortable boats on the river. He has been trolling the coastal waters and bays of Southern Oregon for more than two decades and is an expert at fishing plug-cut herring for salmon.

Aside from king salmon, which occasionally push 40 pounds, the Coos and Coquille have big runs of coho salmon. At times, they are among the few Oregon rivers where wild coho can be kept. The coho, or silvers as they are often called, usually show up several weeks after the first kings enter the bays.

The Coquille Bay, located near the town of Bandon, Oregon, and the Coos River and Bay, at the town of Coos Bay, Oregon, have beautiful fall weather in September, the peak season on both systems. Andy bounces back and forth between the two fisheries, depending which one is fishing best. The best fishing is from Sept. 1 to Oct. 5. Both bays are protected from the ocean swell, so anglers get a chance to fish in calm conditions. Rain also typically doesn't arrive until October, so the chances of the rivers being blown out and unfishable are slim.