Known as California's last wild river, the Smith River is one of the West Coast's top salmon and steelhead streams. It holds the California state record for steelhead, a 27-pounder, and produces many of the biggest salmon outside of Alaska, with fish in the 50- to 60-pound range caught each season. The Smith River record king is a whopping 86 pounds. The Smith is also known for its breathtaking scenery, with towering redwood trees, deep clear pools and steep rock walls. It’s not only California's No. 1 destination for trophy salmon and steelhead, it‘s home to one of the best salmon and steelhead fisheries in the world.

Growing up in Brookings, Oregon, Andy Martin fishes his hometown waters during the fall salmon and winter steelhead seasons. He has spent his entire life fishing the Smith and Chetco for salmon, steelhead and sea-run cutthroat trout.

Salmon fishing begins in September in the lower Smith, where anglers target big kings near the mouth, next to the famous Ship Ashore. By October, salmon are stacking up in the Sand Hole, perhaps the most productive hole in the entire lower river. Andy is just one of a handful of guides with a special permit from the private ranch landowner that has boat launching access a the Sand Hole. Here, anglers troll anchovies and plug-cut herring for big kings waiting for fall rains to move upriver. The daylight bite at the Sand Hole is one of the most exciting times of the season, as powerful kings grab baits being trolled in shallow water and immediately take off on long runs after being hooked.

Once the rains arrive, fishing opens above the mouth of Rowdy Creek. Big salmon are caught on plugs and roe back-bounced through the deeper pools holding fish. Salmon fishing continues well into December, when steelhead fishing begins to take center stage.

The peak season November fishery is the best drift boat action for kings in California. You never know if the next strike will be a 20-pounder, 40-pounder, or one of those giant 50-plus-pound kings that are landed each year. 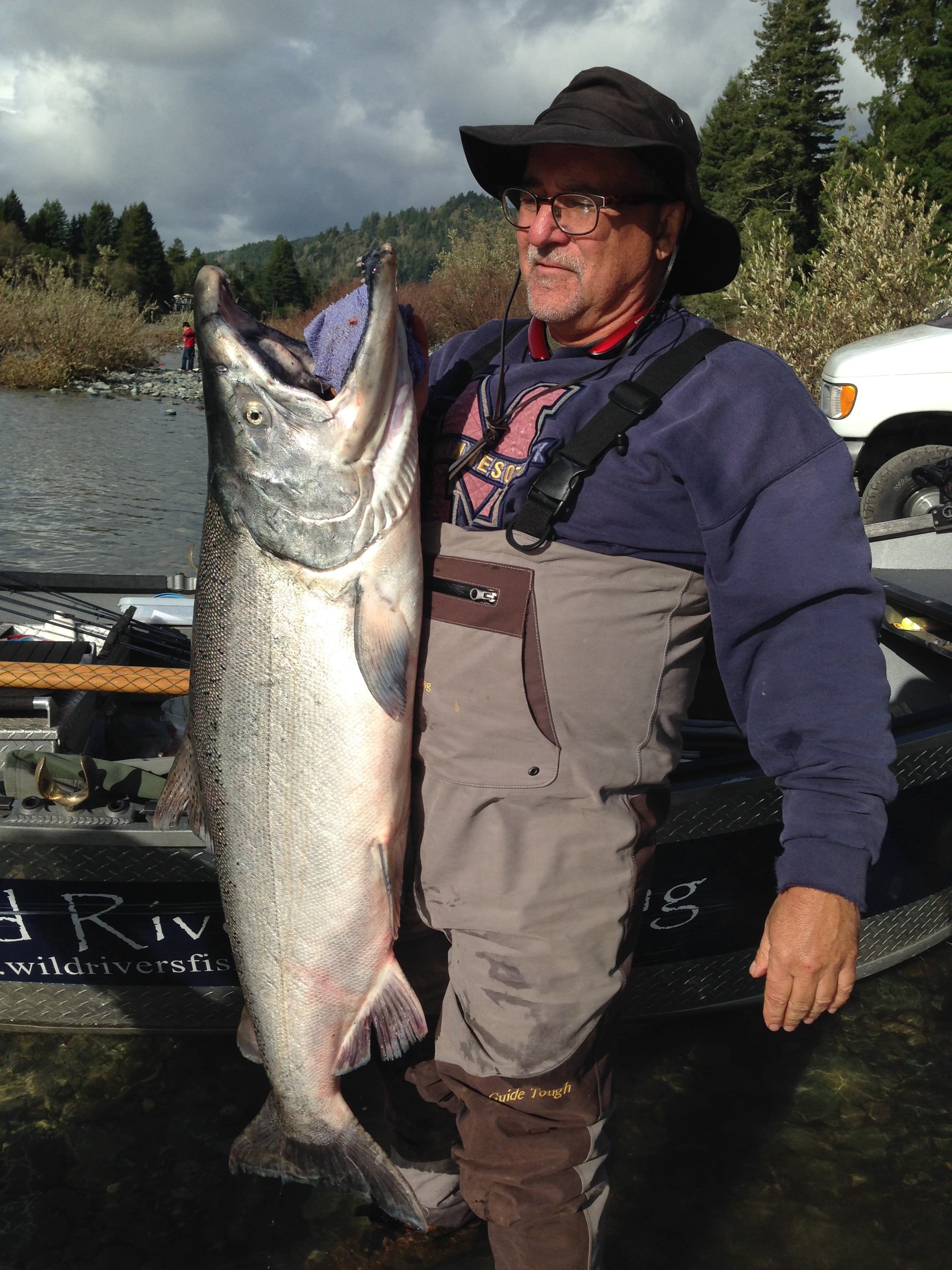 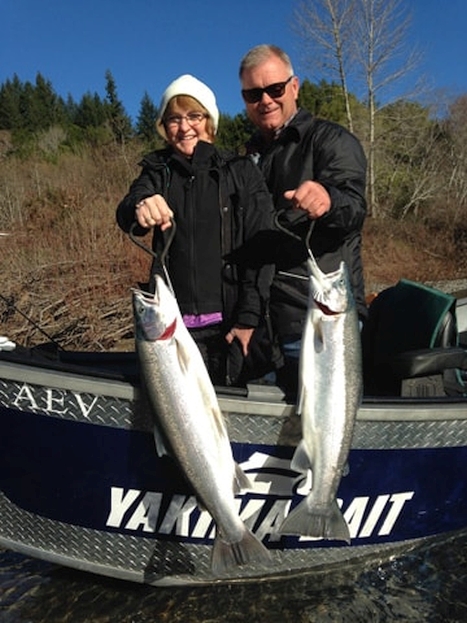 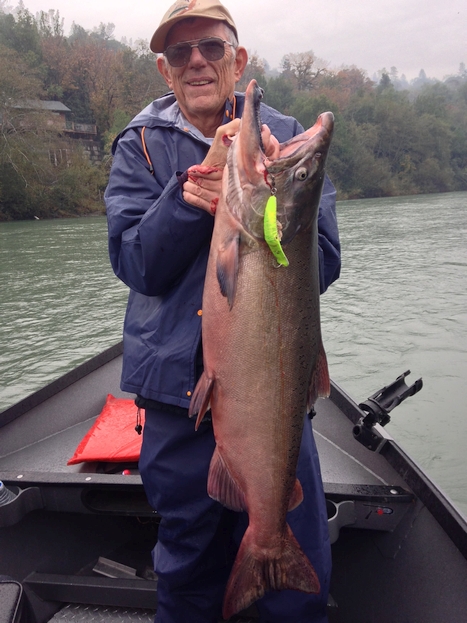 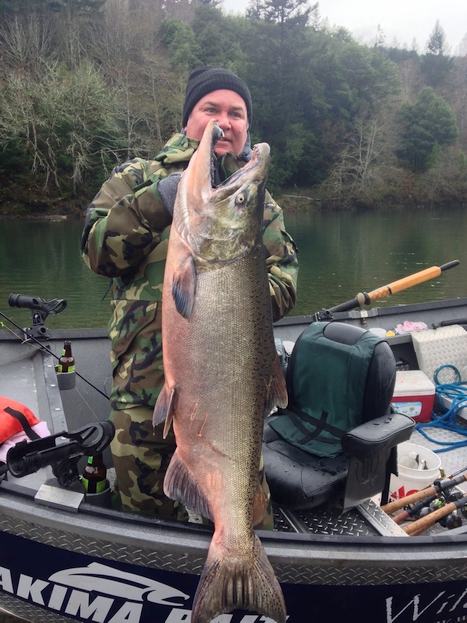 The Smith River is known for its big steelhead. It has produced the last two state records, and some steelhead that could have been new records have been caught and released in recent years.

Side-drifting for hard-fighting, acrobatic steelhead is one of the most anticipated events for many Northern California anglers. Fishing from a heated, roomy, comfortable drift boat, Andy fishes the area from the Forks clear down to Highway 101, depending on where the fish are holding.

Andy is one of the guides with a special Forest Service permit to fish the section of the Smith from the Forks to Jedediah Smith State Park.

During high water and heavy rain, when most other nearby rivers are unfishable, the Smith often maintains a green color and offers anglers a chance to catch steelhead. Andy will anchor in the travel lanes during high water and run baits to intercept moving fish. Catches in high water can at times add up to double digits.

When the river is dropping, side-drifting is the main technique on the Smith. At times pulling small plugs is also effective for steelhead on the Smith.

Steelhead fishing on the Smith continues into April. Big fish are caught throughout the season. In recent years, December has been good and January has been the top month. Other years February is peak season.