Mouth of Chetco River has biggest king salmon outside of Alaska 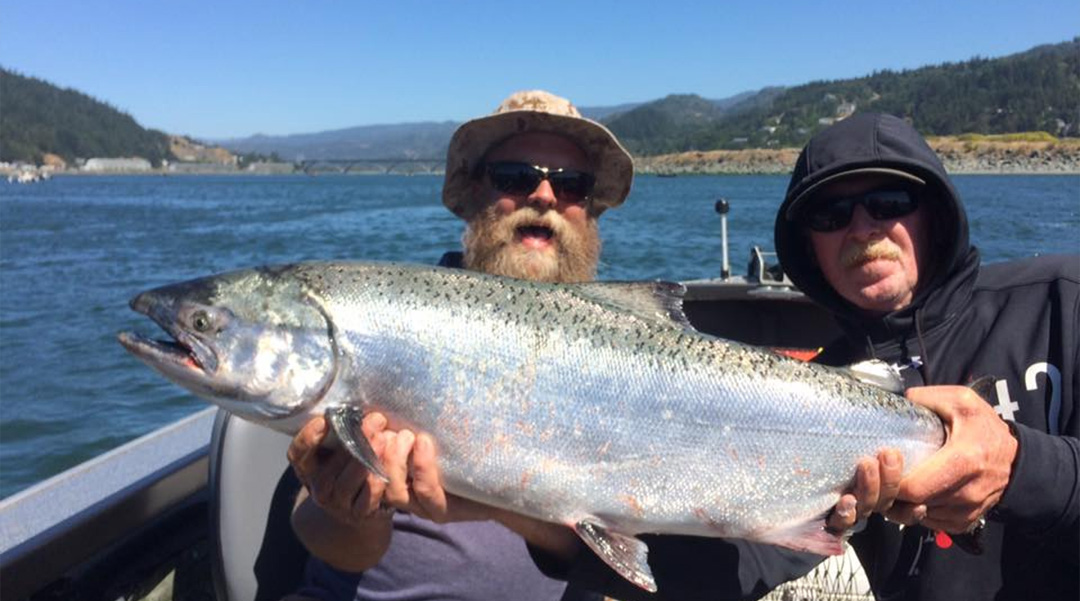 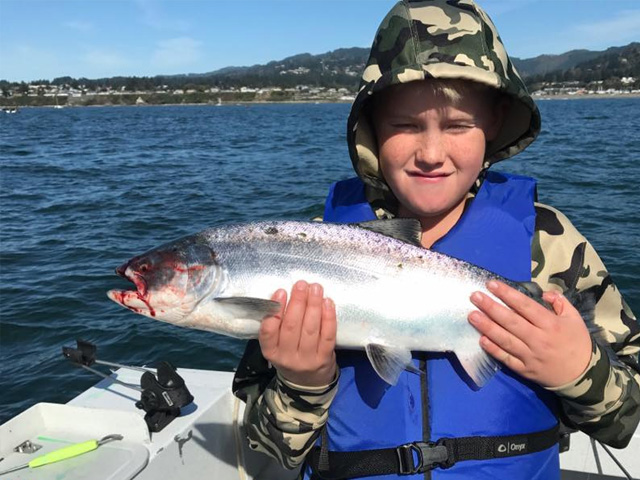 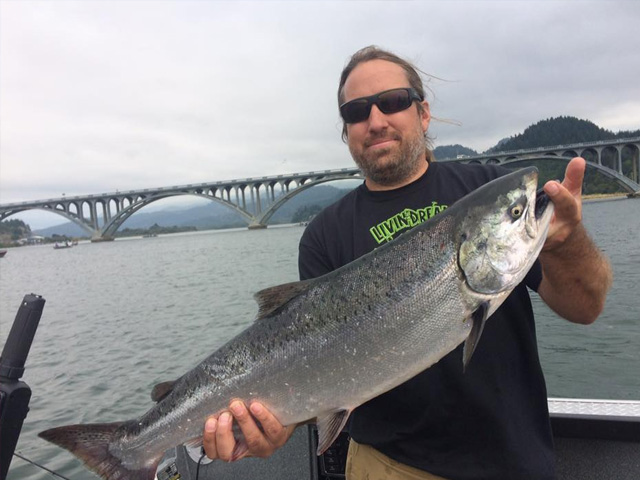 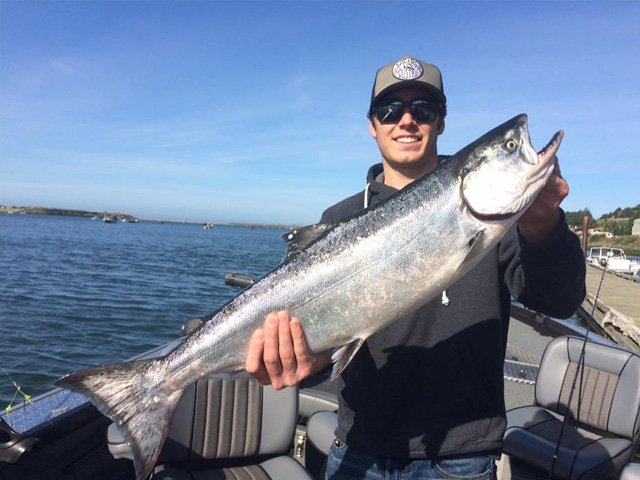 Thousands of big, bright Chinook salmon stack up off of the mouth of Oregon's Chetco River each fall, waiting for rains to enter the river and complete their spawning journey. While in the ocean out of Brookings, they are in their prime - big, fat, full of fight, great eating and ready to bite. The Oregon Department of Fish and Wildlife allows a short season each fall in the calm waters offshore from the Chetco to target these salmon, many of which reach trophy size. Because a large portion of the Chetco's salmon run is made up of 5-year-old fish, kings over 50 pounds are caught each fall.

Pro guide Andy Martin is one of the few Brookings, Oregon, guides licensed by the U.S. Coast Guard and Oregon State Marine Board to take clients onto the ocean during this popular fishery. Andy has fished the ocean out of Brookings since he was a child, operating boats long before he got his first car. In the last few years, Andy has got customers into numerous giant kings over 50 pounds at the mouth of the Chetco, including a massive king that had a live weight in the upper 60-pound range. 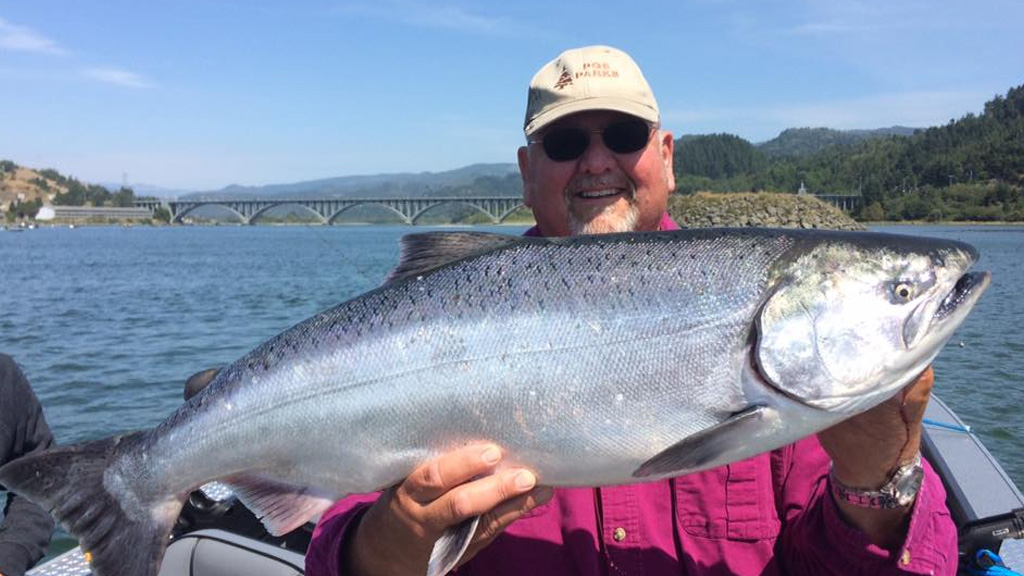 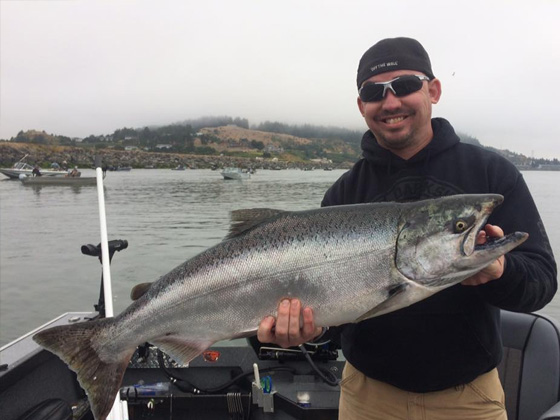 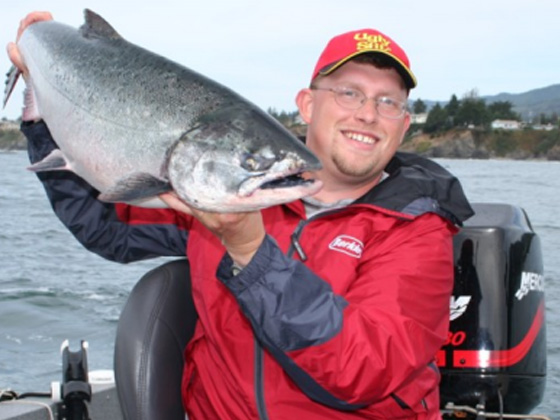 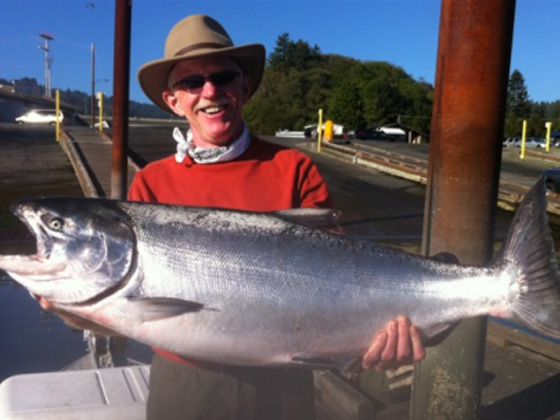 The Chetco Bay trophy season is one of Andy's favorite fisheries. The fish are big and great-eating. It is Oregon's premier ocean salmon season and Capt. Andy is one of the most successful guides during this fishery.

Trolling plug-cut herring is a favorite technique catching the trophy salmon. Andy uses Scotty electric downriggers, top-quality Lowrance fish finders and chart plotters, quality Penn International reels and bait prepared in his secret brine to get his customers into fish during the season, which generally runs during the first two weeks of October.

A derby is held each October during the ocean season. The biggest three fish get cash prizes. The winning fish is usually over 50 pounds.

Rockfish, California halibut and lingcod also are available during the season, and if Andy's customers prefer, they can enjoy a combo salmon/rockfish charter.

Andy fishes the protected ocean waters out of Brookings from his custom 24-foot jet sled, which has the latest safety equipment and two motors. The boat is equipped to catch fish in the ocean as well as the lower section of the Chetco. At times, fish are caught in the lower portion of the river itself, and at other times out by the buoys. The Chetco River estuary has good fishing from late September through October.

Brookings has the safety bar - or entrance into the ocean from the river - of any port in Oregon.

Anglers hoping to catch a trophy salmon should mark this fishery on their calendar.